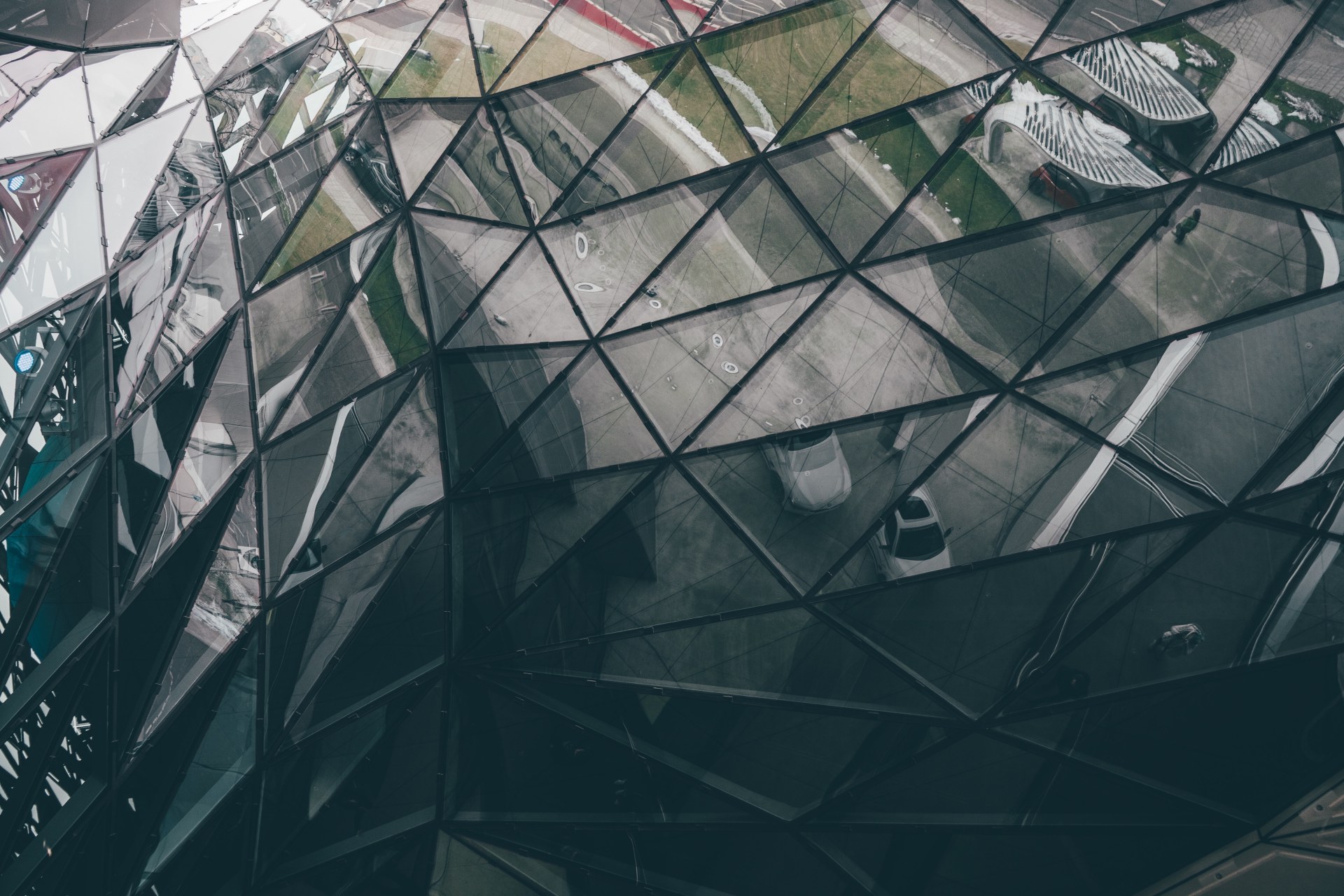 If and when people talk about ceilings, it’s often a fairly dull conversation. Popcorn textures, old drop ceilings, and criss-crossing spans of ductwork and pipes aren’t super interesting. It’s the way ceilings have historically been built, and no one thought much of it. Luckily, that’s no longer the case.

Today’s architects use ceilings to create stunning visuals and focal points. We also use materials in creative ways to reduce echo and reverberation, as well as noise caused by overhead ducts. To get the best of both sound control and artistic expression in modern ceiling design, designers turn to origami architecture.

Virtually everyone on the planet has had some experience with origami at one time or another. We’ve practiced the folding techniques as school children, seen examples in museums or textbooks, or practiced it as part of our culture and heritage. We understand the basic concepts of folding a two dimensional piece of paper into a structurally sound sculpture. It’s creative, meditative, and just plain fun.

Though the origins of origami are found in Japan, paper folding has been an important part of the art and culture of peoples around the globe for centuries. We see the usefulness of paper folding every day when we use things like paper bags and pizza boxes to transport our food. The concepts can be applied in many industries and for many uses, and modern architecture is one of its most notable uses.

What Do We Mean by Origami Architecture?

Not to be confused with origamic architecture, which is the art of cutting and folding paper to create three dimensional scale models of landmarks and monuments, origami architecture is a modern design principle inspired by the Japanese art of origami.

The geometric shapes and patterns that exemplify origami folding techniques are incredibly useful in architecture. They are strong and visually appealing. Architects have long used origami to create 3D models of buildings and structures. More recently, they have begun to incorporate all that origami has to offer into the finished designs of these structures as well.

Architects have been using designs inspired by origami to create cutting edge designs that give both the interiors and exteriors of new buildings a modern feel that offers structural benefits as well as aesthetic ones.

Incorporating origami architecture principles into the exteriors of buildings can get expensive, and if you’re working with a remodel rather than a new building, it can seem even more out of reach. Luckily, you have options. We can affordably gain the benefits of origami through our contemporary ceiling designs. There are great reasons to do so.

The Importance of Ceilings

Long thought of as a fairly unimpressive space, ceiling design has come a long way over the years. After the industrial revolution and throughout the rest of the twentieth century, mass produced materials made it cheap and easy to build homes and offices in record time. It was an important part of creating enough affordable housing to accommodate our burgeoning population.

Mass produced construction materials also led to an era where structures became more plain looking, and let’s face it, downright boring. It served utilitarian purposes, but eventually people grew tired of the painted and textured drywall that comprised the majority of their daily views.

In addition to being less than impressive looking, the flat, reflective materials used in twentieth century architecture also contribute to acoustical issues. When sound waves bounce off reflective surfaces like drywall or aluminum ceilings, they can cause issues with echo and reverberation. If you’ve got high ceilings, the open space can make it worse. Here’s why.

Echo is another topic that most of us are familiar with from a very young age. When we yell across a void and our voice returns to us, it’s known as an echo. It can be fun when we want to play with it but less fun when it negatively impacts the acoustics in the room. Echo can cause problems with speech intelligibility, and can be particularly disruptive in spaces that rely upon solid acoustics like theaters and recording studios.

When the reflected sound waves within a room have nowhere to go, they build up in the space and get louder. The more sound waves we have building up in a space, the louder it becomes. If you’ve got high ceilings and nothing absorbing or scattering sound waves, the effect is even more pronounced. A room that is too reverberant is hard to communicate in, since the excess noise both drowns out voices and causes people to raise their voices.

In order to reduce echo and reverberation in rooms, acoustical engineers use a combination of soft, absorptive materials to trap sound waves and multifaceted sound diffusers that scatter sound waves throughout the room. Each plays an important part.

Acoustic panels are created of incredibly dense, porous materials that let sound waves in but prevent them from reflecting back into the room. When strategically placed, these panels can serve as the single most effective way of controlling echo and reverberation, and keeping the room’s volume at acceptable levels. They are most commonly wrapped in fabric, and are hung throughout the room to create an artistic solution to acoustic problems.

Diffusers work in tandem with acoustic panels. They have many different surfaces at different levels, meaning sound waves don’t have a large, flat surface to reflect off of. Rather, when sound waves encounter diffusers, they are scattered about the room. The result of these scattering waves is that they are unable to travel back and forth from wall to wall. This eliminates reverberation and echo by forcing the waves back in different directions.

Both acoustic panels and diffusers are most prevalent on walls, but they also do a terrific job of serving their purpose when mounted or suspended from the ceiling. When we want an appealing solution to accomplish both, designers turn to origami architecture.

A great solution to both audio issues and boring ceiling design is the origami ceiling. Whether you’re trying to create a world-class concert house or simply want to turn your corporate ceiling design into something that will blow the minds of your clients, origami architecture panels deliver in spades. Let’s look at how these architectural ceiling panels work to control noise and add great focal points to the room.

Absorption and Diffusion in One

Most often, when we create acoustical treatments for spaces, we use a combination of acoustic panels and diffusers. They don’t need to be used separately, however. Origami architecture offers both if you choose the right product.

Origami folding panels not only trap sound waves in the acoustic materials they are constructed of, but the multitude of angles these geometric ceiling designs create ensure sound waves are scattered rather than directly reflected. This makes them uniquely adept at tackling acoustical issues in spaces where clear sound is important.

In addition to the high end acoustical properties they provide, origami ceilings are an aesthetic powerhouse. They are available in a wide array of color and material options, meaning you can get the exact look you’re after, no matter what that entails. Looking for an attractive metal ceiling? Origami architecture can deliver. Wood or fabric? You can get that too.

Origami architecture is as well suited to residential ceilings as it is to commercial ceilings, so no matter what your use case, you can rest assured that you’ve got a quality solution that fits the space. With all the available material options, you can also leave your individual style mark on the space, and that may just be the most rewarding benefit that goes along with origami ceiling tiles.

Origami Architecture offers a host of benefits, and part of making the most of them is to install the right products in the right way. Our acoustic experts have experience in tackling audio issues in all kinds of spaces. Reaching out is the best way to ensure you are getting the products you need to make your space as acoustically and aesthetically pleasing as possible.